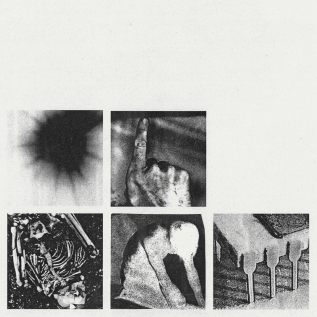 We just can’t agree with Trent Reznor. Explain away as he might, we’re stubbornly classifying ‘Bad Witch’ not as NINE INCH NAILS album number nine but rather as the final EP off of the trilogy that started with 2016’s ‘Not the Actual Events’.
And we stress that we’re right, based not only on its length (barely making it over the 30 minute mark) but rather because we see ‘Bad Witch’ as the logical continuation and conclusion of a very, very experimental streak for both Reznor and Atticus Ross that followed the rather good, but rather play-it-by-the-rules ‘Hesitation Marks’.
These EPs saw NINE INCH NAILS deliver tracks just like we wished them to and just like they have been for the last two decades or so – that is to say brave, trademark, furious, loud, quiet, just as poppy and addictive as they were corrosive and industrial. There was also a red thread running through these releases – sometimes hard to notice but always present in the soundscpaes, the design of the EPs and inevitably in the lyrics that somehow managed to stick to Reznor’s own existencial terror cliché but never seem redundant or predictable.
With its rough 90s sound and archaic beats ‘Bad Witch’ is much more akin with 2017’s ‘Not the Actual Events’ than with the more polished and synth poppy ‘Add Violence’. Here Ross and Reznor explore and expand the boundaries of the current NIN universe with loads of post punk aesthetics (check out the opener ‘Shit Mirror’) and decedent electronics (the beat in ‘Ahead of Ourselves’ might have been featured on THE FUTURE SOUND OF LONDON’s ‘Dead Cities’ or THE PRODIGY’s ‘Music for the Jilted Generation’).

Of course, this is not a case of blind theft or copying – Reznor and Ross know full well how to construct and deconstruct sounds until they fir right in NIN and that’s exactly what makes ‘Bad Witch’ a fascinating listen – it’s full of influences, noise, melancholy and layers, and layers and layers that make each next spin a new discovery.
Still, the strongest influence here is undoubtedly that of DAVID BOWIE and BRIAN ENO (and their ‘Berlin Trilogy’, to be more precise) – especially when it comes to ‘God Break Down the Door’ or the album closer ‘Over and Out’. It’s not only about the sax and the Eno-like ambience, it’s rather the way Reznor sings – a clear tribute to music collaborator/friend/idol David Bowie.
Alike 'Not the Actual Events’ and ‘Add Vuiolence’, ‘Bad Witch’ is an experiment, an eclectic collection that is conceptually perfect yet fluid and free enough to make for another splendid NIN release.
Tweet
Предишна новина: GHOST – 'Prequelle' (2018)
Следваща новина: MARDUK – ‘Viktoria’ (2018)