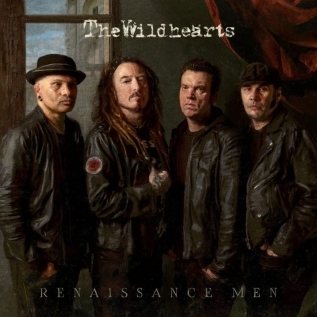 Sometime in the late 1980s, while falling across a flight of stairs that suddenly appeared on his path, the probably (and not only) drunk guitarist of the Quireboys, David Leslie Walls, more commonly known as Ginger Wildheart, decides that the fate of the bottle of whisky in his hand is to determine his own future as well. Should it break, he would cut his veins with the glass there and then. Should it remain intact, he would found his own band and show the world his own idea of what rock is all about…

…The role of divine providence in the forming of the Wildhearts is one of the coolest legends in rock music that you have probably not heard. Just as the WILDHEARTS themselves are the best band you likely haven’t listened to. If you don’t believe the talk about how they have more awesome songs than you can count, or how their B-sides put most other bands’ singles to shame, at least take the time to listen to 1993’s ‘Earth vs. the Wildhearts’ and 1995’s ‘P.H.U.Q.’ – and thank me later. Or if you feel like just reading on, trust me when I describe them as the perfect middle between Metallica, Cheap Trick and Ramones, which sounds better than you hope it would.

In ‘Renaissance Men’, the band’s first full-length album in ten years, the WILDHEARTS show the same disdain for genre constraints and instead focus on writing songs that could kick your ass from here to England and back.
Opener ‘Dislocated’ drives with a fierce punk pace, as it takes turns from metallic guitars to gentle passages before it explodes in a glorious chorus. ‘Let ‘em Go’ uses gang chants to turn a lyric like ‘let the shit-filled rivers flow’ into something that you could see arenas – or let’s be realistic, halls – sing along to. The title track opts for power-pop, reminding you that this is also music that could have teeth. While the tempo and riffs in ‘Diagnosis’ bring AC/DC to mind, the lyrics are a surprisingly profound take on the serious topic of mental illness.
Actually, something could be said for any of the album’s ten songs – they are all good. ‘Renaissance Men’ offers 38 minutes devoid of filler and full of the things that make the WILDHEARTS such a special band. If there is any setback, it’s the production – the distorted and somewhat industrial sound doesn’t do the songs much favour, as they might have been more impactful with a warmer sound. But that would’ve been a compromise with the overall message of the album that expectations aren’t worth much when faced with the coarse reality. And what is more rock and roll than making no compromises?
Tweet
Предишна новина: SUNN O))) – ‘Life Metal’ (2019)
Следваща новина: RAMMSTEIN – ‘Rammstein’ (2019)