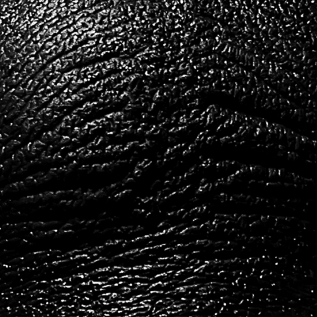 Lately we often talk with Muddy's George Hranov about music. Whether because of the isolation or just being tossed in the same direction but just as fans we discuss favorite albums by bands and artists who rarely have anything in common except that we both like them. King Crimson with Adrian Belew, Jane's Addiction during the 90's, Eyehategod, Red Sparrowes, Upyr… And, strangely or not, George will be the first to raise his hand and point out these bands as a serious part of the influences in the music on 'Hopeland' – the debut album by Muddy. "And we got some things from the Beastie Boys as well," he adds.

The work on 'Hopeland' took the band four years. We know tracks like the opening sludge-blues steamroller ‘You Still Believe in Mirrors’ or ‘Rivothriller’ since Muddy's first gigs. I listen to them and think of those concerts in the small hall of Mixtape 5 or the first Sea of Black festival in Burgas. However, it's great how these songs have matured now when they entered the album. Catalyzed by the killer production, the desperately heavy riffs, the crumbling rhythm of Vix (bass) and Dakata (drums) and Petko's (Daily Noise Club) dragged hysterical screams. I'm amazed how much it suits him to yell in Muddy's heavy slow compositions.
‘Hopeland’, however, is not just a sludge and doom, slow heavy metal and scoria. The album features also instrumental tracks with acoustic guitar and harmonica (‘Sands and Grandpa’) or saxophone in the David Linch–like jazz ‘Improvise to Mesmerize’. Therefore it is also very difficult to put this kaleidoscope of influences (quite drugged out) within just one style. And for the musical richness of ‘Hopeland’ there contribute unexpected guests.

Jazz musician Petar Momchev is sending tracks like ‘You Still Believe in Mirrors’ and ‘Improvise to Mesmerize’ to another galaxy. The acoustic guitar and harmonica in ‘Sands and Grandpa’ were entrusted to Delyan Karaivanov from Obsidian Sea (ex-Center, Murder of Crows, Upyr) and Martin Petrov of the webzine Rawk'n'Roll, respectively. Former Muddy drummer Mitko Nikolov returns on xylophone in ‘Suck Me If You Can’, and we hear D2 and Panican Whyasker bassist Alexander Obretenov in ‘Far Away Stabbing’.

Even the grandfather of Georgi Hranov, who bears the same name, plays a dvoyanka in ‘Under Deaf Sea’. And instead of a chaotic cacophony, you get one of the most interesting, organic and meaningful albums to come out in Bulgaria lately.
Still, the heavy guitars are the leading thread of 'Hopeland', and they were born by George's brain (and riffs) and Alexander Velchev's guitar (also in The Flying Detachment). Hranov refined the work on the album and spent 4 years of his life until 'Hopeland' came to light... on the first day of the emergency due to the corona virus as a bloody and muddy horseman of the Apocalypse.

Whether from this sonic mud it will be born the new wolrd - purified, frightened and strip-naked like in the movie 'Begotten' it is to be seen. Alright, probably not but 'Hopeland' is the album that the Bulgarian underground was expecting for a long time, and it came out bigger and edgier than we dared to hope. Hope?
Tweet
Предишна новина: DIIV – 'Deceiver' (2019)
Следваща новина: PARADISE LOST - 'Obsidian' (2020)