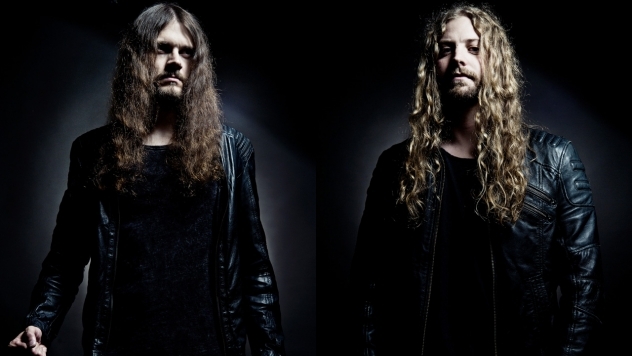 German melodic death/doom metallers NAILED TO OBSCURITY released their Nuclear Blast debut 'Black Frost' on 11 January whilst on the road with label mates AMORPHIS and SOILWORK.

The show in Sofia is this Wednesday at the Universiada hall.

We talk on the phone with two of the guys - guitarist Jan-Ole Lamberti (left) and frontman Raimund Enenga.