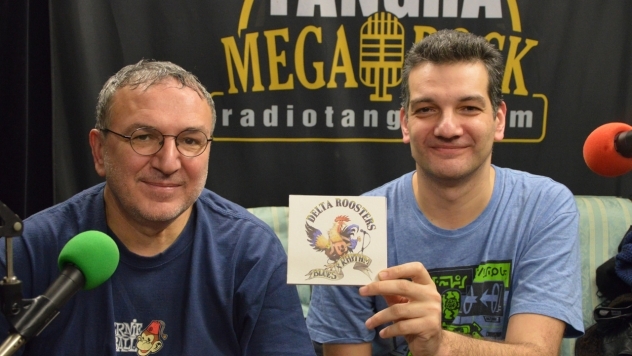 DELTA ROOSTERS are for the second time at TANGRA MEGA ROCK studios.

We have guitarist PETER GEORGUIEV-PESHETO (far left) and frontman TONY SERKEDJIEV (pictured next to him) sitting here to talk about the band, the recording session of the debut album and to listen to some fine music.

The album is called 'Blues & Rhythm' and will be presented live to the fans with a special gig at Sofia Live Club on 27 February.