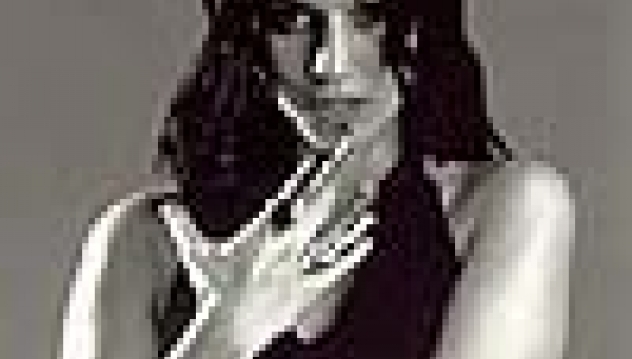 She's been voted вЂmost shaggable person in metal' on numerous occasion through the readers polls of several big magazines. She is the vocalist of ItalyвЂ™s greatest musical export, LACUNA COIL.

Now LACUNA COIL are returning with the massively anticipated, new full-length album, вЂShallow LifeвЂ™, which is set for an April 20thВ European release. The opus was recorded with acclaimed producer Don Gilmore (Avril Lavigne, Linkin Park, Pearl Jam) at the famed NRG Studios in Los Angeles. And we are talking to Christina on the phone..

LAST TIME,В IT WAS SOMETIME IN OCTOBER LAST YEAR, WHEN YOU RELEASED THE DVD... WHEN I ASKED YOU ABOUT THIS NEW ALBUM THAT ISВ COMING OUT JUST NOW, YOU SAID YOU CANвЂ™T TELL ME ANYTHING BUT THAT IT IS A GOOD ALBUM. SO DO YOU THINK IT IS A GOOD ALBUM BY YOUR STANDARDS NOW?
Of course I do. I contributed to make it, so itвЂ™d be weird to tell you I donвЂ™t. This thing represents a 100 percent what Lacuna Coil is all about in 2009. IвЂ™m absolutely happy with the songwriting and the production. So I really canвЂ™t be happier with the result.

YOU ARE IN THE UNITED STATES AGAIN, RIGHT? WHERE EXACTLY?
Today weвЂ™re in Massachusetts.

HOW HAS THE TOUR BEEN SO FAR?
ItвЂ™s been great. WeвЂ™ve been on tour for a little bit more than a month now and it is great. The turnout is very big, the venues are absolutely packed. And the вЂMusic As a Weapon 4вЂ™ festival is great because we already knew the bands that are part of it, well вЂ“ at least the main stage.

We knew Chimaira, we knew Disturbed, we had met Killswitch Engage before. So itвЂ™s good to be on tour with friends. You can hang out during the day, you can go out in the evenings and have fun outside of the success of the tour itself.

IT WAS EASTER LAST WEEKEND. HOW WAS IT?
It was awesome. I spend it with my boyfriend because he had a day off as well. I had a great time, I painted the eggs as usual. I just enjoyed my Easter evening, although I was far from home and my parents and some friends.

YOU JUST MENTIONED BACK HOME. WE KNOW THAT ITALY IS BEING PRETTY MUCH SHOCKED BY THISВ BLOODY EARTHQUAKE THAT TOOK A LOT OF VICTIMS, AND EVEN MADONNA WHO ISВ OF ITALIAN DESCEDANTS SAID SHE WILL DO SOME CHARITY THING FOR HER HOMELAND. WHAT IS THE FEELING INSIDE YOUR HEART?
It is terrible. You know, weвЂ™re far from home already and we know whatвЂ™s happening, we learn it from the news. And it is devastating. We didnвЂ™t lose any friends, because I donвЂ™t know anyone from that area вЂ“ it is very far from Milano, but of course вЂ“ you canвЂ™t help feeling torn and sad about what happened. Almost 300 people died in that earthquake and a lot of people got injured.

TALKING ABOUT THIS NEW ALBUM OF YOURS, IF YOU ASK ME WHAT IS THE DIFFERENCE BETWEEN IT AND THE PREVIOUS ONES IвЂ™D SAY YOUR PRODUCER DON GILMORE IS DOING A MORE POLISHED TYPE OF PRODUCTION, WHILE IN THE PAST YOU HAD A RAWER SOUNDвЂ¦
I can agree. Don is a rock producer. He keeps things simple but more in your face, more direct. He really taught us the importance of being perfectly clean with what you do, especially with lyrics. He told us that they have to be understandable. People shouldnвЂ™t have to imagine вЂ“ if you want to send a message you have to be absolutely clear.

IвЂ™m really happy about the production because there is no more bullshit. ThereвЂ™s no place to squeeze in stuff in a song just because you try to prove something вЂ“ like a riff playing over and over in a song. You have to make it simple but intense.

IвЂ™M VERY INTERESTED, CHRISTINA, WHICH OF THE SONGS ON THE NEW ALBUM TENDS TO BE YOUR FAVORITE ONE?
To be honest I donвЂ™t have a favorite one because every song is completely different from each other. It would have been easier if there was like a single that the band was very focused on and the rest was to fill the album, but here every song has a specific story, a different style. So itвЂ™s hard to tell. You can relate yourself with a different song every day.

ITALY HAS ALWAYS BEEN, AT LEAST FOR US HERE IN BULGARIA AND I GUESS THE REST OF EUROPE,В ALL ABOUT ADRIANO CELENTANO, AL BANO AND ROMINA POWER OR THIS GUY IN THE BEGINNING OF THE 90вЂ™S GIOVANNOTI WITH вЂPENSO POSITIVOвЂ™. THINKING OF FEMALE VOICES FROM ITALY, WHILE LISTENING TO THIS PARTICULAR SONG FROM YOUR NEW ALBUM вЂI LIKE ITвЂ™, I REMEMBERED THIS BAND FROM ITALY CALLED MATIA BAZAR FROM SINCE I WAS A KID вЂ¦
Ha-ha. Really? TheyвЂ™re not a part of the inspiration. I donвЂ™t really like Italian music that much. I find it too traditional and I like more modern stuff. But definitely Matia Bazar was one of the more modern bands we had and the singer had a great voice. So I take it as a compliment, despite that the song wasnвЂ™t mean to sound like them at all.

I WAS LIKE SIX AND SHE WAS TOO OLD FOR ME BACK THEN вЂ“ LIKE 30 OR SOMETHING, BUT I STILL FOUND HER VERY ATTRACTIVE. HER VOICE WAS AMAZING. IвЂ™M NOT SAYING THAT YOU SOUND LIKE HER, BECAUSE I LIKE LACUNA COIL SO MUCH MORE, BUT THAT PARTICULAR SONG WITH YOUR VOCAL LINE REMINDS ME OF MATIA BAZAR SOMEHOWвЂ¦
Well thatвЂ™s the good thing about music. It can remind you of something else and some people might me like вЂwhat?!вЂ™ when you tell them. But everyone can have his own opinion and his own taste.

LAST THING вЂ“ WHAT DO YOU THINK ABOUT AMORPHIS?
I love Amorphis! Especially their old stuff. TheyвЂ™re definitely a big part of our inspiration. Their albums were played a lot in the practice room when we started.