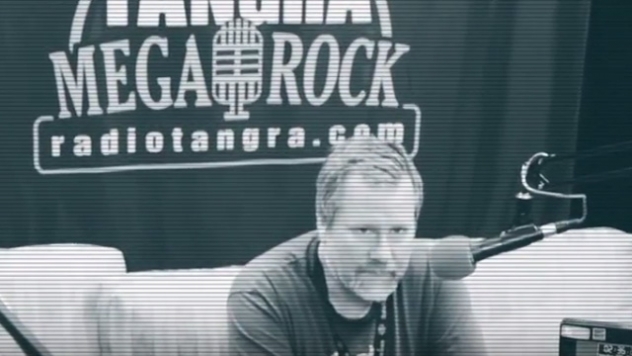 BILLY GOULD is back in our studio.

He's on a very short personal visit in Bulgaria. We talk about the forthcoming FAITH NO MORE re-release of 'We Care A Lot'.

Listen here and check the video with the full interview below.

I'm sure that a lot of people are asking themselves and probably ask you a next album after ‘Sol Invictus’ and when?

I can completely understand why they would ask that question, it makes perfect sense, ha ha ha. I really have no idea, i mean, really. I think that when we decide that we're gonna do something, we're going to announce it together. I don't think it would be fair for me to say anything.

Are there any songs that you wanted to be on the record, but you decided to pull them away?

Yeah, we made more songs than we did. Definitely. I don't know, I mean, our relationship is very good so I don’t see why we wouldn't. But I just can't be the guy to tell you.

You are in Europe now to promote your next release which is not exactly a new album. Please tell, what it is exactly?

Well, maybe to some people it is a new album - it's called ‘We Care A Lot’ and it's the first album that FAITH NO MORE put out in 1985 and we're releasing it and we're doing it ourselves it and it's gonna come out in about two months.

What is different from the original release?

Well if not everybody knows we had a different singer. Jim Martin was playing guitar but he just joined the band we had a few guitar players before that and it was the first thing he did. It was originally a demo tape and we decided  to go to a really nice studio and try to make it sound good.  Maybe if it sounded good we get a recording deal out of it. And we recorded this thing and we got signed in a week….

Yeah, it worked and the funny thing also is that we weren't even going to rerelease this record except I was cleaning my basement of my house and we found the master tapes. My wife made me clean the basement and we found them and it's like oh my god we forgot that I that I had the master tapes there so we did a new mastering for it. It sounds better than the original,  I think. So we're happy to put it out.

At the end of the conversation, Bill is so noce to point:

To me, radio TANGRA MEGA ROCK is the soul of Sofia - when I come here this is where I hang out.