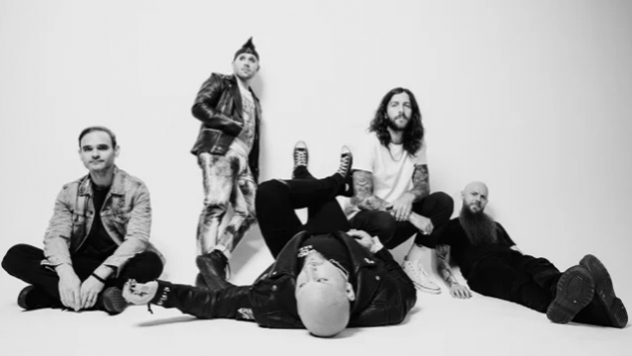 The track is taken from the band's upcoming album, "Baptize", which is due on June 4 via Spinefarm Records. The clip arrives five months after the release of "Save Us", which was the first taste of the band's music since the departure of vocalist Alex Varkatzas in September.

"Underrated" and "Save Us" showcase ATREYU's current lineup consisting of drummer Brandon Saller focusing completely on singing after previously sharing lead vocals with Varkatzas for most of the band's two-decade-plus existence.

Sitting behind the kit is Saller's HELL OR HIGHWATER bandmate Kyle Rosa, who had filled in for Saller on drums in 2019 after Varkatzas bowed out of the band's European tour while dealing with serious back and hernia issues.
Source: blabbermouth.net
Tweet
Previous news: TONY CHEMBARA premieres new solo song 'The Stranger'
Next news: GARBAGE Announces New Album - premiere 'The Men Who Rule The World' Video