Listen to ‘new’ NIRVANA song, Drowned In The Sun, created by Artificial Intelligence 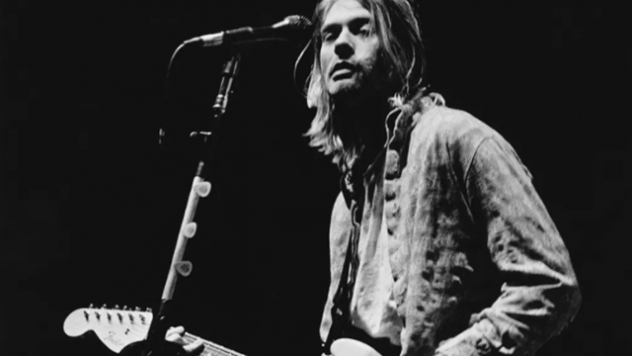 If you heard Drowned In The Sun introduced on radio (not on TMR) as a previously unreleased song from NIRVANA, it’s highly likely that you’d take the DJ’s words at face value. In reality, the song is an AI composition, created as part of an initiative raising awareness of mental health issues in the music business.

Drowned In The Sun was created as part of a project titled Lost Tapes of the 27 Club, created by Toronto-based non-profit organisation Over The Bridge, with the intention of drawing attention to the tragedy of Kurt Cobain’s death by suicide 27 years ago, and raising awareness of how mental health issues continue to affect musicians and creatives in the music industry. The project has previously given birth to ‘new’ (ie, AI generated) songs from Jimi Hendrix, Amy Winehouse, and The Doors.

"What if all these musicians that we love had mental health support?” Sean O’Connor, one of the directors for Over the Bridge asked Rolling Stone. “Somehow in the music industry, [depression] is normalized and romanticized … Their music is seen as authentic suffering.”
The ‘new’ NIRVANA song was created by feeding MIDI files into Google’s AI program Magenta, which learns how to compose in the style of given artists by analysing their past work. Vocals for the song are provided by Atlanta musician Eric Hogan, frontman of NIRVANA tribute act Nevermind: The Ultimate Tribute To Nirvana.
To find out more about the Lost Tapes of The 27 Club project, and Over The Bridge, visit the organisation’s website.
Source: loudersound.com
Tweet
Previous news: ALEX BOYADJIEV's PANIC ATTACK SHOW is TODAY - kicks off at 4 PM
Next news: Watch RISE AGAINST Perform New Single 'Nowhere Generation'