GARBAGE share title-track from upcoming album No Gods No Masters 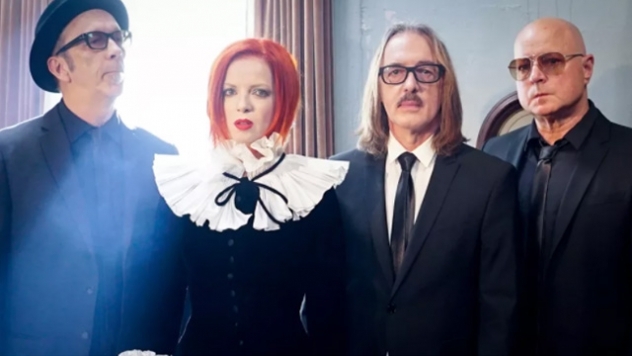 Grunge gods GARBAGE have released the title track from their forthcoming album No Gods No Masters.

The new album is set for release on June 11 via Stunvolume/Infectious Music, and will be their first full length LP since 2016’s Strange Little Birds.

This is the second single to preview the record's release, following on from The Men Who Rule The World, which was released back in March and stands as the opening track on the album.
Long-time GARBAGE producer Billy Bush has produced the soon-to-be released record, and has worked on every album from the band so far. Also returning to the band's production team is Scott Stuckley, who directed the dystopian new video, and last worked with the band on their music video for Magentized in 2016.
Listen to the track below.
Source: loudersound.com
Tweet
Previous news: Former Aussie politician ordered to pay $1.5m after infringing TWISTED SISTER copyright
Next news: VILI STOYANOV's 'BRAZZ JAMBOREE' is on TANGRA MEGA ROCK today at 2 pm