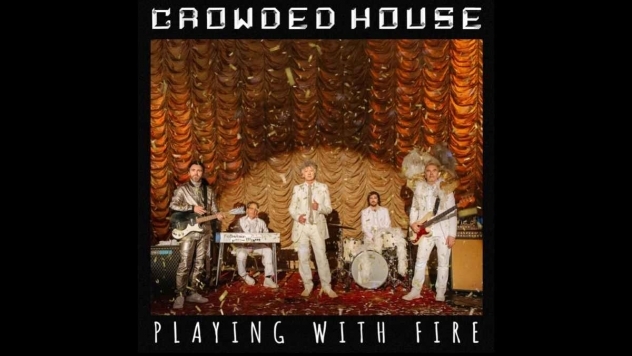 CROWDED HOUSE have released a music video for their brand-new single "Playing With Fire".

The track comes from their forthcoming album, "Dreamers Are Waiting," which will be hitting stores on June 4th.

Neil Finn had this to say about the track, "This song was formed out of a Crowded House jam, live in the studio but then evolved its character through many twists and turns during quarantine in 2020.
"'Playing With Fire' carries within it the contradiction I often feel on joyous occasions, the presence of hope together with an impending sense of doom."