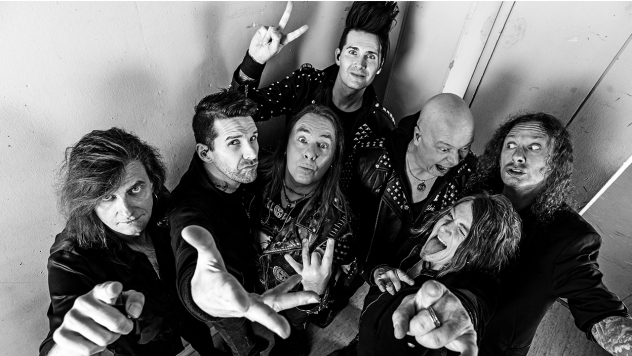 This is the HELLOWEEN week on radio TANGRA MEGA ROCK.

The reunited expanded classic lineup of the German power metallers have released its much-anticipated album on June 18 via Nuclear Blast Records.

The cover artwork for "Helloween" was painted by artist Eliran Kantor, who has previously worked with HATEBREED, SOULFLY, TESTAMENT, ICED EARTH and SODOM, among others.

Produced by Charlie Bauerfeind and Dennis Ward, the new HELLOWEEN LP was recorded in part at the H.O.M.E. Studios in Hamburg (where everything started in 1984). The same recording console used for such HELLOWEEN albums as "Master Of The Rings", "Time Of The Oath" and "Better Than Raw" was utilized to record the band's new material.