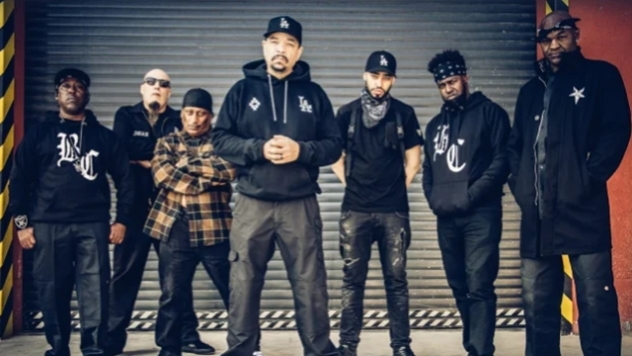 Yesterday (Tuesday, June 22), BODY COUNT's social media was updated with the following message: "BODYCOUNT NEWS: Even though we have not been able to perform ONE single concert to support the CARNIVORE album because of the Global Pandemic.. We've made the decision to Officially start the NEW BC Album 'MERCILESS' 2021 ...Stay tuned..."
The upcoming disc will be the follow-up to "Carnivore", which was released in March 2020 via Century Media.
BODY COUNT was honored with a Grammy in the "Best Metal Performance" category in the pre-telecast ceremony at the 63rd annual Grammy Awards, which was held on March 14 in Los Angeles. BODY COUNT was nominated for "Bum-Rush", a track from "Carnivore".
Source: blabbermouth.net
Tweet
Previous news: ALEX BOYADJIEV's PANIC ATTACK SHOW is TODAY - kicks off at 4 PM
Next news: Damon Albarn Announces New Album The Nearer the Fountain...