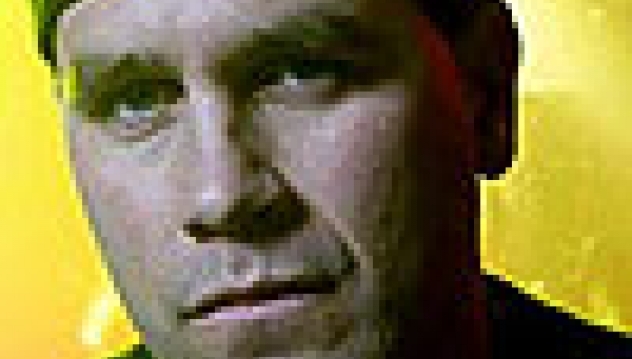 "Every album we put out is kinda risky, because in this genre of music your next record could be your last one."

Рђ conversation with Machine Head's lead guitarist Phil Demmel (ex-Vio-Lence) about the Oakland quartet's brand-new studio release, "The Blackening". Find out more about the current superstar situation surrounding Robb Flynn and his guys, about the life of Phil after Vio-Lence disbanded and before joining Machine Head, and about Dimebag Darrell's impact on the metal community...

Vassil Varbanov: Hey, Mr. Demmel, how are you doing?

Phil Demmel: I'm doing great! How are you?

V. V.: It's good to have you with us today! It seems that Machine Head are back among the hot shots of metal, huh? How do you feel with this new album of yours? You've said in many interviews around the globe that "The Blackening" is a very risky record...

P. D.: A risky record? Well, every CD that we're gonna put out is kinda risky, because in this genre of music your next album could be your last album, depending on what it is, so you have to be absolutely correct and sure in what you're doing. Our previous record, "Through the Ashes of Empires" (2003), was awesome to us, and now we needed to do something that was gonna stand out above that. We took the approach of the same formula of writing, but we also wanted to make an epic, classic sounding record. I think we did achieve that and, as you said, Machine Head are back where they belong, definitely.

V. V.: You and Machine Head frontman Robb Flynn used to be in the same band (Vio-Lence) lots of years ago. What's the feeling to be shoulder to shoulder with your old buddy again?

P. D.: It was really a special thing for sure. First (2002) I played a couple of weeks with Machine Head just as a temporary guitarist - I didn't intend to join the band, just to help them out for a couple of shows - but there's always been a chemistry between me and Robb, and with the rest of the band as well. Robb and I grew up playing guitar together, you know, we learned from each other and we're so compatible and similar in our styles that we draw off each other's strength. It's a brothership, I'd say.

P. D.: Oh, you're not gonna hear me say I'm a better guitar player, as I'm not. He's stronger tham me in some areas, as I'm stronger than him in other areas...

V. V.: Yeah, I know, I'm joking - it's just because the vision we have down here in Europe about you, Americans, is that your entire society is built on competition.

V. V.: However, that's not necessary in terms of art and music.

P. D.: Definitely not. I love the European attitude towards music.

V. V.: Actually, Phil, what were you doing after Vio-Lence disbanded and before joining Machine Head?

P. D.: I got married, and I was doing local bands, like Torque, which was basically a Machine Head wannabe band. Then I was in a band called Tecyhnocracy, we put an album out and I quit playing music for a little bit, because I didn't wanna tour and leave my wife at the time. Then the opportunity came to do these two weeks with Machine Head, I took it, then I came home, my marriage kind of crumbled... and as the band was still looking for a guitar player, it was just the time for me to join.

V. V.: Did you pass through fuckin' lots of lawyers and contracts to join officially Machine Head, or it was just a friend to friend deal with Robb?

P. D.: There weren't a lot of lawyers involved at all. There was an agreement between me and the whole band, not just Robb, and that was it. I'm not really in this for the business, you know, I'm in it to make music and enjoy myself.

V. V.: I'm asking you this because a month ago all our dreams were destroyed when we heard that David Lee Roth was to rejoin Van Halen, but Eddie Van Halen said this thing has happened only through lawyers and agencies - both haven't even spoken to each other. Is the good ol' rock'n'roll vibe alive in the USA or everything happens like in John Grisham's novels?

P. D.: Nooo, it wasn't like that at all. It's all about the music and jamming. A very small part of it is business.

V. V.: Let's focus on your new album again. Did you have the feeling before the snowball effect of this press reaction around the globe that you've made a fuckin' big record?

P. D.: Yeah, I think we knew we've something special to offer. We knew that this was gonna be the record.

V. V.: And what else do you do now, besides giving interviews and practicing?

V. V.: Now we're gonna hear the song "Aesthetics of Hate" off "The Blackening", which has something to do with the late Pantera andВ Damageplan guitarist Dimebag Darrell. To what extent was his guitar playing so amazing?

P. D.: The guy was pretty much immortal. I've seen him drinking for five days and then coming up and just totally destroying on stage. He wasn't human! The whole metal community needed Dime.

V. V.: Does it mean that today there's a big lack of spirit in the community?

P. D.: There is, of course. Without Dime around there's a huge void in that iconoclast type of symbol that we had. We have him still posthumously, but we'd rather have him around making history with us.