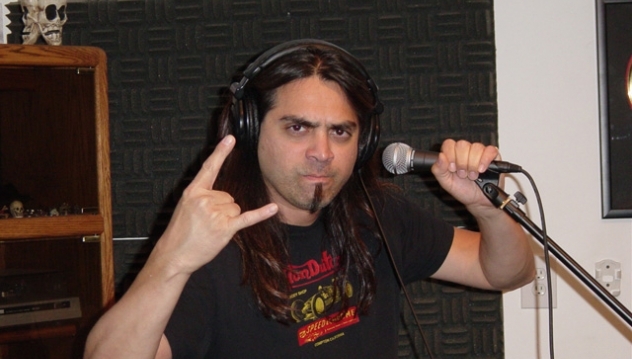 FATES WARNING are coming to Sofia, Bulgaria on 22 March. This will be the band's only second show in the country in seven years.

The concert at *MIXTAPE 5* club is for Radio TANGRA MEGA ROCK's 6th Anniversary.

We caught singer RAY ALDER on the phone in Germany before the band goes on stage.

THE SAY YOUR LONGAWAITED NEW STUDIO ALBUM WILL BE READY BY THE BEGINNIG OF THE SUMMER...CAN YOU TELL US MORE DETAILS ABOUT IT?
We're trying as hard as we can. We have these shows and then we go to Brazil in April. And in the meantime we are working as hard as we can to finish the album.

Hopefully we'll have it out by the end of this year, If not, the beginning of next year. We're trying our best.

WHAT STAGE ARE YOU ON?
We need to finish writting, right now. We finished the first song. The demo version is already done.

We'd continue writing as we have a lot of ideas that we need to put together. But the first song is done and I can tell you it's 7 minutes long. An unnormal FATES WARNING SONG.

The recording process itself usually takes about two months and then after that it's another three more months before the album is released. So, we are talking 5 month out there after the album has been written.

DOES THIS SONG HAVE ANY TITLE YET?
No, no working title yet.

RAY is also talking about his side project ENGINE, about guitarist JIM MATHEOS' own projects and the forthcoming presidential elections in the US.