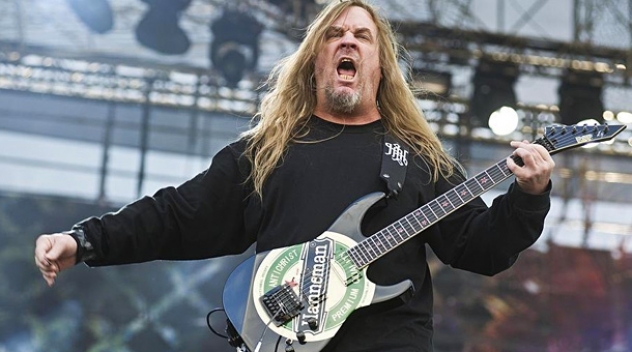 Jeff Hanneman of Slayer has died at the age of 49.

The band posted the following to their Facebook page.

Slayer is devastated to inform that their bandmate and brother, Jeff Hanneman, passed away at about 11AM this morning near his Southern California home. Hanneman was in an area hospital when he suffered liver failure. He is survived by his wife Kathy, his sister Kathy and his brothers Michael and Larry, and will be sorely missed.

In early 2011, Hanneman contracted necrotizing fasciitis. It is assumed he contacted the disease from a spider bite. Exodus guitarist Gary Holt had been filling in for Hanneman since.

Source: classicrockmagazine.com
Tweet
Previous news: BIOHAZARD to play in SOFIA on 5 JULY
Next news: Watch the New QUEENS OF THE STONE AGE Video