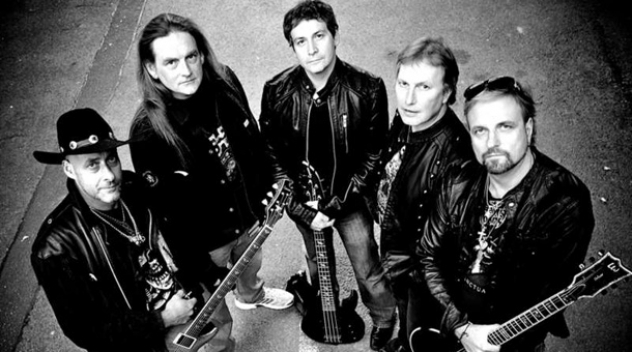 Both musicians – who have been part of the NWOBHM band for several years, but have a history of collaboration going back 20 years – say the decision was not theirs.

In a statement Freeland says: “It is with great sadness that I have to tell you all that I am no longer a member of Praying Mantis. Please know that this was not my decision.

“On a more positive note, I’ve had the most incredible seven years; I have been to some truly amazing places and met some fantastic people – you guys. I can’t thank you all enough for your support and for the great times. Keep the faith!”

Mackenzie says in his own statement: “Following on from Mike Freeland’s post, which some of you may have seen, I am very sad to report that I am also on the list of ex-Praying Mantis members. This was not of my choosing.

“I will miss many aspects of being in the band, but one of the things I’m most sad about is the fact that I won’t get to say goodbye in person to the many, many terrific fans I’ve met around the world – so many of you have shown such amazing support, enthusiasm, commitment and affection for the band and for me, and I am truly grateful to have met and played for you all. Stay lucky, and keep the faith.”

Mantis are scheduled to perform at Ipswich Railway on August 3 and at the Cambridge Rock Festival on August 4.

They have not yet revealed their new lineup.