ROCKERS from the FREE WORLD back BULGARIAN PROTESTERS 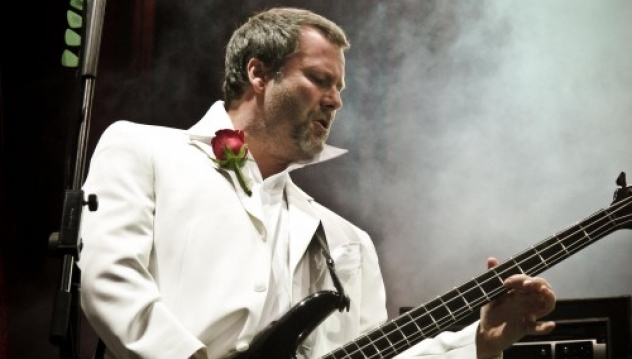 Rockers from the FREE WORLD back Bulgarian protesters!

'BULGARIA BELONGS TO THE FREE WORLD' - check the video below.

It ends with a picture of ROGER WATERS who wrote the Bulgarian word  for 'RESIGN' - 'OSTAVKA' on the big WALL at his grandiose show in Sofia last Friday while singing ..'Mother Should I Trust the Government? "

Public demonstrations in Sofia, Bulgaria have been going for over 80 days now (since June 14), and up until now things have been very peaceful, attended by professionals, kids, whole families.

But lately there has emerged a very credible concern that things might take a dark turn in the very near future (instigated violence/riots, followed byserious repression), initiated by the government. ...

Because this began at around the same time as Turkey's, this situation has been largely overlooked by the international media.

"As with Turkey, I think it's important that the international community is made aware of what's happening. But even more than that, as my friends are telling me, it's equally important to the morale of people there to feel like the rest of the world is aware of their struggle." - FAITH NO MORE's BILLY GOULD comments.

'BULGARIA BELONGS TO THE FREE WORLD…DANS WITH ME'.

(DANS is a high level corruption investigation that took place in Bulgaria over 2 years, with major findings, that "somehow" went missing. This subject is one of the main things that brought on the original protests.

The demonstrations subsided as parliament broke for its summer recess in August but are expected to resume when the legislature convenes again tomorrow, 4 September.