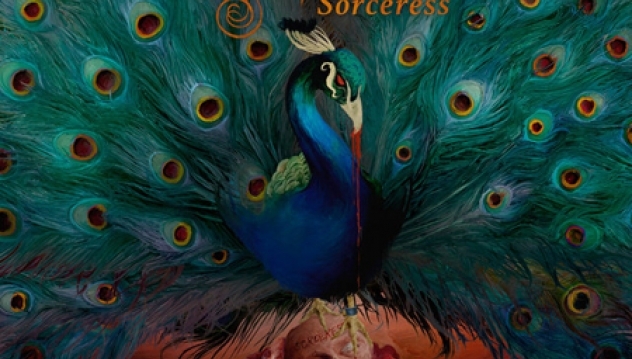 'Sorceress' is a nearly perfect, heavily conceptual and dimly-occult progressive rock album possessing that undeniably OPETH vibe, while being unapologetically influenced by a myriad of grand bands (Mikael and Fredrik point out Caravan, Queen, Porcupine Tree, Led Zeppelin and even ABBA). What’s even better – 'Sorceress' is the nearly perfect prog product, pretty much unlike its unusually flawed predecessor 'Pale Communion'.
This is without any doubt the OPETH album that features most prominent use of piano and all sorts of synthesizers (check out the technical details at the YouTube videos) – and that’s easy to heat both in the title track 'Sorceress', as well as in the awesome 'The Seventh Sojourn' – both perfect examples of how rich, multi-layered and at the same time perfectly balanced and un-kitschy the album’s sound is.
'Sorceress' is heavy-on acoustics as well (check out 'Will O the Wisp' – a nearly perfect outtake from Jethro Tull’s 1979 'Stormwatch' sessions), making it sound at times as un unlikely comtinuation of the semi-acoustic 'Damnation' but then again, it’s a full-on OPETH release with heavy guitars and tasty solos that work most delightfully on 'Era' and 'The Wilde Flowers'.
Now is ever more important to stress how important it is to listen to 'Sorceress' in its entirety and not as individual tracks. It is quite a pleasure to feel and listen to how brilliantly 'The Seventh Sojourn', 'Strange Brew', 'A Fleeting Glance' and 'Era' blend and work with each other, following one another. This here release is so full of great surprises it takes a while to fully emerge oneself into it. And it’s most certainly worth every second.
Source: RadioTangra.com
Tweet
Previous news: SMALLMAN to present new music with IVAN from БALKANSKI at a show in Sofia
Next news: TANGRA ALBUM REVIEW - OPETH 'Sorceress'