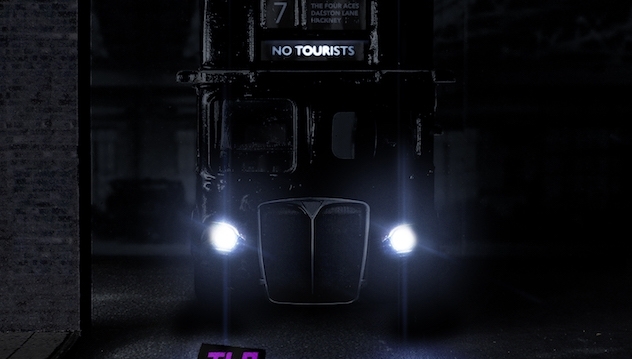 No, autumn is not suited for melancholic songs and snuggling by the fireplace only. Because it’s always the right time to welcome some more nonstandard and downright frightening music in your life. And that’s just what these new THE PRODIGY, CULT LEADER and DAUGHTERS releases are. Give them your undivided attention right away, you’ll thank us later.

Heavy as life itself and twice as chaotic, CULT LEADER start their sophomore album in a furious fashion, in the vein of THE DILLINGER EDCAPE PLAN and CONVERGE (after all, these track have been recorded by KURT BALLOU). And even though the thrashing and thunderous ‘I Am Healed’ and ‘Curse of Satisfaction’ are good enough, they hint that ‘A Patient Man’ might be just another well played, aggressive as Hell but not truly moving metalcore album.

CULT LEADER are quick to prove us wrong – ‘To: Achlys’ and ‘A World of Joy’ are full of dark atmospheric passages, emotional clean vocals and post rock guitars. The closing album tracks are even better – ‘A Patient Man’ and ‘The Broken Right Hand of God’ are a masterful mix of hardcore might and epic metal, proving that this band is not your run-of-the-mill metalcore act.

It’s downright funny to look back at the days when some were convinced THE PRODIGY would quickly burn out in the glory that was ‘The Fat of the Land’. To this day, Liam Howlett’s band remains at the forefront of the dance/electronic scene but we know them to be a lot more than a bunch of DJs that reside in some Ibiza club all summer long. They’ve always been dark and punk, and ‘No Tourists’ is no exception.

Their seventh release is a logical follow up to the equally great ‘Invaders Must Die’ and ‘The Day Is My Enemy’, but a notable throwback to the band’s early days as well. It’s also all we ever wanted from THE PRODIGY – a soundtrack to an Apocalypse party, aggressive vocals, cooky samples, guitar riffs and oldschool beats that we can dance and pogo to. ‘No Tourists’ is easily enjoyable and highly addictive with equally fun tracks, though ‘Fight Fire with Fire’ (featuring those smashing Ho99o9 chaps) stands out.

DAUGHTERS’ new album is a truly terrifying affair. That’s not to say it’s bad, quite the opposite. The tracks here are truly grand, conceptual and full of meaning – from the first lyrics to the last agonizing moan. ‘You Won't Get What You Want’ is terrifying because it’s heavy, honest, painful, hard-to-get, a true noise/industrial/post punk masterpiece that you can begin to enjoy after you get used to its crazy structure. It’s unexpectedly excellent and downright claustrophobic, one of the best records to put next to our favourite (early) SWANS classics.