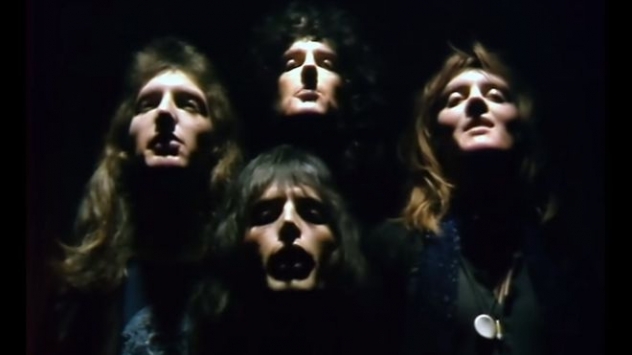 QUEEN's iconic music video for their 1975 classic, "Bohemian Rhapsody", has officially passed 1 Billion views on YouTube. More than forty years after it was first created, the clip for the lead single from the band's fourth album, "A Night At The Opera", makes history as the first pre-1990's video to reach the milestone on the platform.

To celebrate the achievement, QUEEN have posted a newly remastered HD version of the video on their YouTube channel, alongside new translations of the song's lyrics in multiple languages including English, Spanish, Italian, French, Japanese, Polish, German, Indonesian Bahasa, Korean, Czech, Russian & Turkish.
QUEEN have also announced the launch of "You Are The Champions", a unique new campaign that will give fans an exclusive chance to become a part of the band's history with a starring role in three brand new user-generated videos for three of the UK group's most celebrated tracks.
As part of the campaign, musicians, singers, and instrumentalists can take on "Bohemian Rhapsody". Dancers will be able to give their own interpretations for "Don't Stop Me Now" - with a special instructional video created by Polly Bennett (Rami Malek's movement coach from the 2018 biopic, "Bohemian Rhapsody") and finally, visual artists will get the chance to design any word or phrase from the lyrics of "A Kind of Magic."
The finished videos will be published later this year on the bands official YouTube channel.