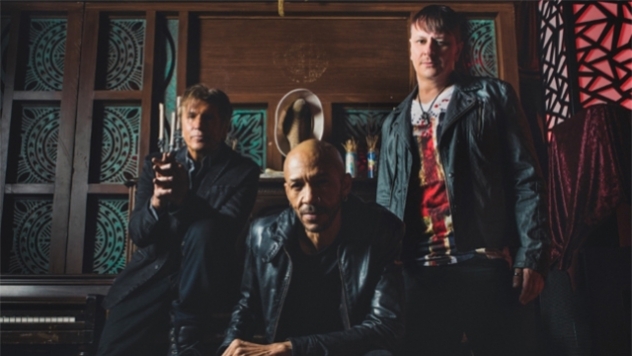 The song is taken from KXM's upcoming third album, "Circle Of Dolls", which will be released on September 13 via Rat Pak Records in the U.S. and Frontiers Music Srl in Europe. The disc was recorded at Steakhouse Studio in North Hollywood, California with co-producer/engineer Chris Collier, who also helmed the group's first two releases.

KXM - which derives its name from a combination of its members' other projects (K from KORN, X from KING'S X and M from LYNCH MOB) - issued its self-titled debut in 2014. The 13-track follow-up, "Scatterbrain", was released in March 2017.
Source: blabbermouth.net
Tweet
Previous news: Listen To New HELLYEAH Song 'Perfect'
Next news: PHIL CAMPBELL unveils new single with DEE SNIDER, MICK MARS, CHRIS FEHN