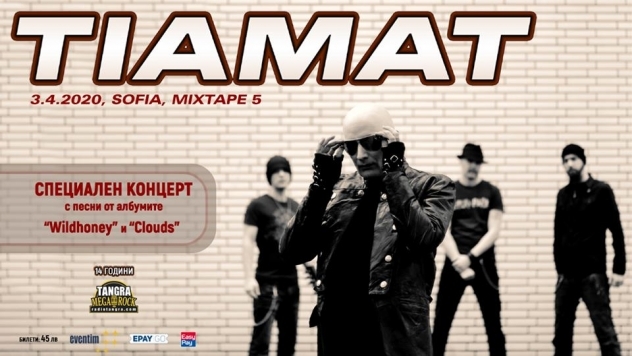 On 3 April 2020 we'll be celebrating exactly 14 eyars after the day we have restarted the radio TANGRA system.

TIAMAT will be headlining this very special evening at Sofia's *MIXTAPE 5* club.

The cult band will play a very special show with songs from the 'Wildhoney' and 'Clouds' albums.

Come along to celebrate in style

Tickets priced 45 BGN are already available  through EpayGo.bg and Eventim.bg, but will go up to 55 BGN on the day.

So we now have a total of six shows for our radio's Anniversry bash: