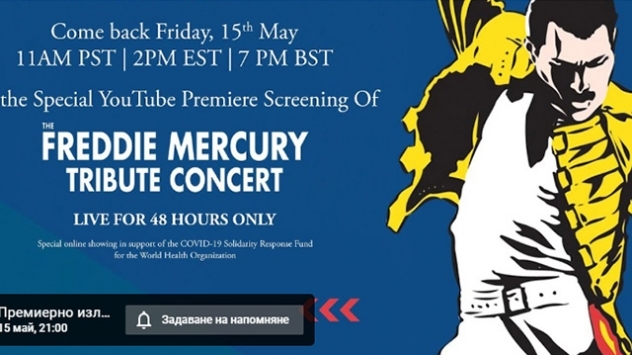 QUEEN will make the 1992 Freddie Mercury Tribute Concert for AIDS Awareness available on the band’s YouTube page this Friday, May 15th, to raise money for the World Health Organization and its COVID-19 relief efforts.

The concert will stream live at 9 p.m. BG time and will be available to watch for the next 48 hours. For every dollar donated during the stream, YouTube’s parent company Google will match with a $2 donation as part of its ongoing Google/YouTube UN Foundation fundraiser.

The profits from the concert helped launch the Mercury Phoenix Trust, which has donated over £17 million (about $20 million) to myriad projects in 57 countries to assist in the ongoing fight against AIDS.