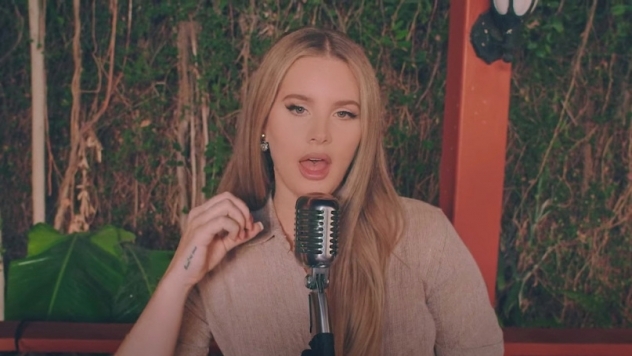 Lana Del Rey has released a cover of George Gershwin’s song “Summertime”. The pop star surprise released the song tonight on social media alongside a vintage music video, which you can watch below.

Gershwin originally wrote “Summertime” in 1934 for the opera Porgy and Bess, but it didn’t reach its peak popularity until Billie Holiday covered it two years later. It’s since become a staple cover song for musicians on the pop charts, and the Norman Fucking Rockwell! singer is the perfect person to offer up a take; Her smokey singing style has long been heralded for its similarities to the very jazz era “Summertime” hails from.
Apparently Del Rey was asked to cover the song to help raise money for both the Los Angeles and the New York Philharmonics. As such, she’s asking fans to make donations to the “Play Your Part” fund at the LA group’s website and the “NY Plays On” fund at the NY collective’s website.
Source: RadioTangra.com
Tweet
Previous news: Bulgarian metallers VOKYL release semaphore album - stream here
Next news: WITHIN TEMPTATION Releases New Single 'The Purge'