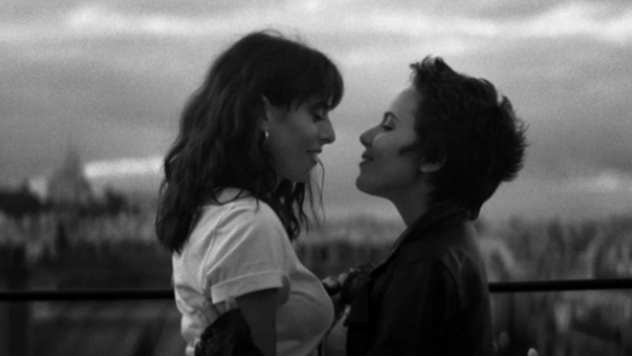 The ROLLING STONES have launched a video for Living In The Heart Of Love, the first of nine unreleased tracks to be unveiled from the upcoming 40th Anniversary remix of the band's Tattoo You album.

The video for Living In The Heart Of Love was shot in Paris and was directed by Charles Mehling, who has previously worked with the likes of Olly Murs, The Stereophonics, Keith Urban and The Charlatans.

The clip stars Marguerite Thiam and Nailia Harzoune as two lively friends enjoying the Parisian nightlife: drinking shots, smoking cigarettes and dancing seductively in the kind of clubs they don't let regular folk into.
The video is also the first release from the band since the death of Charlie Watts last month, and the end-screen pays tribute to the drummer with the message, "Charlie is my darling", a reference to the 1966 ROLLING STONES documentary of the same name.
The new edition of Tattoo You will arrive on October 22 through Universal Music and will include a new remaster of the original 11-track album along with the nine previously unreleased tracks, which have been newly completed by the band with additional vocals and guitar.
Source: loudersound.com
Tweet
Previous news: DREAM THEATER Releases Music Video For 'Invisible Monster'
Next news: VASSIL VARBANOV's TANGRA METAL SHOCK kicking off at 4 pm