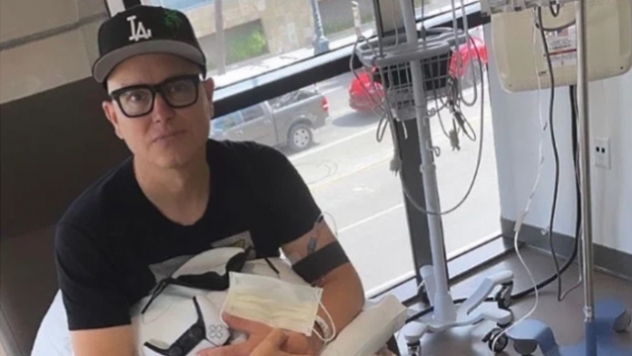 BLINK-182 singer and bassist Mark Hoppus, who went public with his cancer diagnosis in June, has announced that he is cancer free.

Two months ago, Hoppus confirmed that he was battling a blood disorder called stage 4-A diffuse large B-cell lymphoma, the same type of cancer his mother previously beat. Hoppus completed chemotherapy treatment earlier this month, and he took to his Instagram yesterday (Wednesday, September 29) to write: