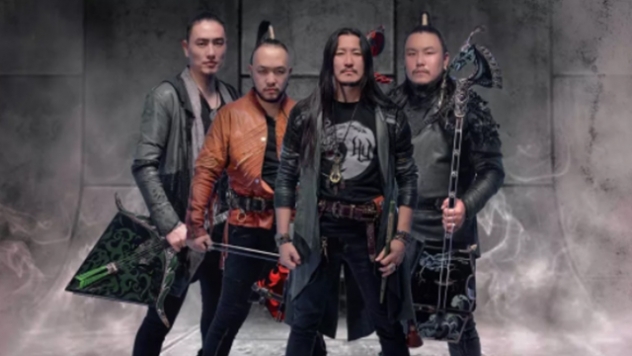 Mongolian sensations THE HU have released a new single, This Is Mongol.

The track is the first to be released from the band's upcoming, as yet untitled second album, the follow-up to 2019's acclaimed debut The Gereg.

The song, which features the now traditional chants of "Hu! Hu! Hu!", is accompanied by a video filmed by John Connor Hammond in the Mojave Desert in Nevada, with the band members racing around on quad bikes before performing the song in front of a series of mysterious black monoliths.

“The environment reminded us of the Gobi Desert in Mongolia," says HU frontman Jaya. "We enjoyed shooting the video, it happened during our tour and it gave us a little break to reminisce about home. The song perfectly matched the environment we made the video in."

Source: loudersound.com
Tweet
Previous news: VILI STOYANOV's 'BRAZZ JAMBOREE' is on TANGRA MEGA ROCK today at 2 pm
Next news: The hardcore MAYDAY festival is set to happen in Sofia on 21 May