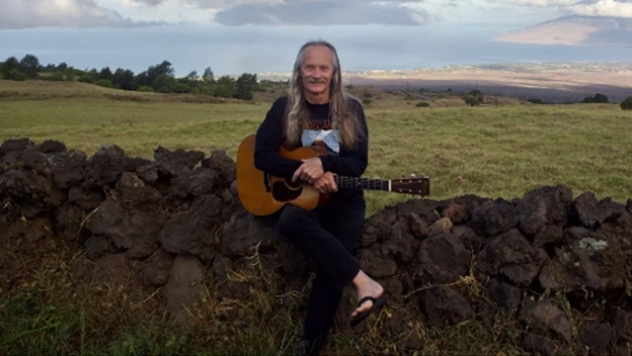 Former CAPTAIN BEEFHEART guitarist Jeff Cotton has announced that he will release his very first solo album The Fantasy of Reality through Madfish records on August 12.

Cotton performed for BEEFHEART under the pseudonym Antennae Jimmy Semens on the band's seminal 1969 album Trout Mask Replica, and under his own name on 1968's Strictly Personal and 1971's Mirror Man, which had been recorded in 1967.

Cotton left BEEFHEART's band in 1970, after he was attacked by drummer Jeff Bruschell. He hooked up with Merrell Fankhauser in MU, releasing a self-titled debut album in 1971, before retiring from the music business to work in a Christian Ministry in 1975.
Now a resident in Hawaii, Cotton's debut solo album is described as "a psychedelic journey that will delight BEEFHEART devotees while bringing plenty of new ideas to the table".

Trout Mask Replica cover designer Cal Schenkel has contributed to the internal artwork of the album.

Jim Cotton: The Fantasy of Reality

1. Does It Work For You
2. It Never Ceases To Blow My Mind
3. Ivy
4. Green Bamboo
5. He Made The Eagle
6. Elvirus
7. This Gentle Earth
8. All Things New
9. Crusin` Hamakua
10. Together We Sail
11. The Space Between Us All
12. On The Thread
13. Aloha
14. The Liberation Song
15. The Breeze Of Oblivion
16. Heavy
17. The Season Of The Awakening
18. Mother Earth Needs Healing
19. Together
20. Hear The Word
21. It Would Take An Angel
22. Clean In Nature`s Stream
Source: loudersound.com
Tweet
Previous news: URIAH HEEP to celebrate 50th ANNIVERSARY with a special Live show in Sofia
Next news: VILI STOYANOV's 'BRAZZ JAMBOREE' is on TANGRA MEGA ROCK today at 2 pm