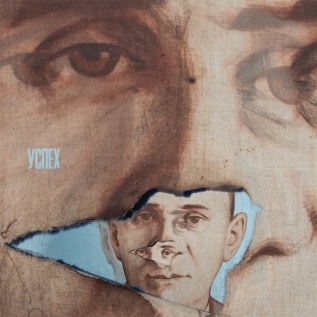 I listen to what is very likely the most important Bulgarian album of the year for me. TDK has long proven their right and ability to write history in contemporary music in Bulgaria. The guys from Plovdiv literally do whatever they want, which is probably the best way to leave something of value behind. They make music and (post) culture in a way that is authentic but often incomprehensible to many. Sometimes even for me. Of course, there is nothing wrong with that - as long as you are open enough to accept art forms that differ from the standards you have imposed.

TDK are young and inspired. I am fortunate enough to listen to their УСПЕХ (SUCCESS) in its entirety shortly before its official release.
You probably remember their group fundraising campaign for the recordings of this album. I'm usually skeptical of artists trying to fund their endeavors in this way. However, over the years TDK have been able to build what few in Bulgaria have been able to build - loyal followers, their own scene and supporters, a small cult if you will. All this enables them to succeed in various social experiments.
The last of their experiments was even more successful - the guys their goal for a short time, recorded the album in an village, that they named the Separatist Republic of Dobrina. Jesse Gardner was in for the sessions and mastering was done by Alan Douches.
УСПЕХ (SUCCESS) consists of 6 tracks and each of them tells a story. A story that might be a little abstract, somewhat vague and maybe a tiny bit verbose, these songs are fresh and I can forsee they have the potential to age in a beautiful way. The fact that TDK's songs are performed in Bulgarian language is a plus in my book. In this case we are talking about good, interesting lyrics.
Each piece stands in place with solid composition and arrangement, an an attraction to odd time signatures - an amalgam of melody and raw aggression.
I do believe this album will leave a mark. It looks, sounds and weighs just as it should. You don't need to understand get it.
My modest rating is a solid 5/6. I only leave one behind because of a purely subjective factor such as post-production - in my opinion vocals and drums are sunk a little deeper into the mix than necessary and overall the sound is quite polished. Maybe it's a sought after effect, and maybe just have a certain taste. That’s it.
Tweet
Предишна новина: BECK – Hyperspace (2019)
Следваща новина: LAST HOPE - 'Peacemaker' (2019)