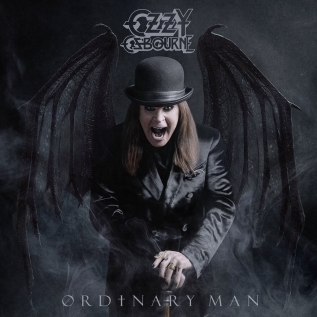 More than 15 years Ozzy Osborne has not released a song, let alone an album, worth more than 2 or 3 listenings. In fact, there were some pretty good tracks as far as in 'Down To Earth' and it turns 20 this year. When it became clear that there was gonna be a new Ozzy album, first for 10 years, I almost skipped the news. Especially when I found out that the album was written and recorded by the producer and guitarist Andrew Watt who has worked with Justin Bieber and Post Malone (hence the collaboration between the pseudoraper and the rock icon). Somehow, I didn't believe that a heavily tattooed influencer that produces one-day lasting hits could do anything meaningful with an artist of Ozzy's rank and history. And yet…

And yet songs from the album started to appear and each one of them was more interesting and satisfying than anything Ozzy has released after ‘Down To Earth’. And when the album was out even with its slightly sterile guitar sound, it quickly became clear that I want to listen to it again and again. The tracks bear that specific spark of rock hits that are easily to get radio circulation and to stick to your mind but on that pleasant way the rock hits from the not so close past did. There are nice riffs, nice melodies, nice choruses. There is that special thing that makes a rock album listenable – songs. It appears that Andrew Watt knows well how to wire hits and he has done so for Ozzy without any problem.
Ozzy himself confessed that when Watt has asked him to try some ideas, he hasn’t realized that they were recording an album. The songs have developed on the rehearsals with Andrew Watt on guitar, Chad Smith (Red Hot Chili Peppers) on drums and Duff McKagan from Guns n’ Roses on bass. They were so spontaneous that they haven’t even thought of calling Zakk Wylde who is officially back in Ozzy’s band. But they managed to get Elton John for two verses in the title track ‘Ordinary Man’ – a beautiful hard rock ballad who is excellent example for this category. Not to mention that Ozzy and sir Elton John are sharing many years of friendship.
Still the opening ‘Straight To Hell’ with its simple and straight sound hints that this album will aim towards more direct approach and songs that don’t shine with glorious musicianship but rely on clever arrangements and forthright manner. ‘All My Life’ could easily be recorded with softer sound and be included in a Paul McCartney album but it is not and it is in Ozzy Osbourne’s album. ‘Goodbye’ introduces softly dark atmosphere with mid tempo, blurry guitar background and has shamelessly stolen that emblematic “bye-bye” from the third verse of ‘No More Tears’ – something that you can either hear an Easter egg in there or annoying theft, it’s your choice. Yet the song erupts with sweet riff and steps on the pedal after the middle in order to become one of the best in the album.
‘Ordinary Man’ is amongst the strongest albums of Ozzy Osbourne in the last 25 years. Maybe his best since ‘Ozzmosis’. Which doesn’t mean it’s one of his greatest ever but manages to combine the spirit of his 90’s efforts ‘No More Tears’ and ‘Ozzmosis’ with a modern heavy rock sound. I recall a scene from a late 80’s/ early 90’s movie when it was modern (again) movies for rock and metal fans to be made. They asked a band what style they were playing and they said “heavy metal rock and roll”. I think this is quite precise label for ‘Ordinary Man’.
Tweet
Предишна новина: NILE + BLOOD INCANTATION + MAYHEM
Следваща новина: PSYCHOTIC WALTZ – ‘The God–Shaped Void’ (2020)