KEIRA IS YOU live in Sofia 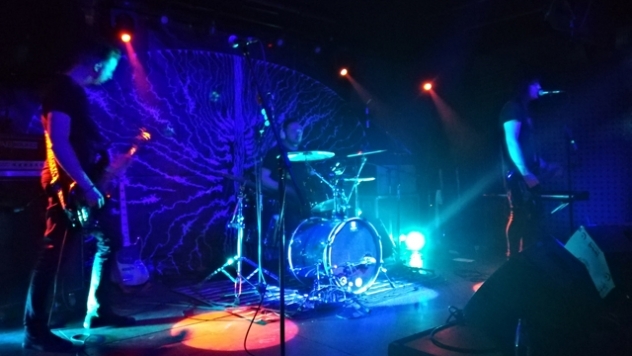 9 PM. Blazing cold Tuesday night in Sofia. Not exactly the perfect time for going out for a gig but, hey! What is a good time for late night urban adventures when you’re in your late 30’s anyway!

Here I am in front of the good old Mixtape 5 club. The evening of February 12th, 2019 is for KEIRA IS YOU from Poland. Although they have played in Sofia at least a couple of times over the years, the band is a complete surprise to me - I have not seen them live yet.

This live is organized by good friends and acquaintances - Alarma & Indioteque. Both crews are in a way the the invisible pillars of the Sofia “indie” scene, and they have put out gigs regularly throughout the years.

9:15 PM and the club's empty room makes me feel slightly anxious. It’s a damn Tuesday, that’s true. I myself had a hard time breaking free from the comfort of my own couch, but come on… where are the people?

This concert is broadcasted live on radio, so starts at the time it was announced. Good! Guitarist and frontman Yakub Radomski, drummer Remik Bilinski and bassist Adam Karkovsky take the stage and start their show, no small talk.

You can tell immediately that this is an experienced band - both in terms of the sound and stage presence.

A well-balanced and perfectly executed mixture of modern post-rock and influences from the 80's. Atmospheric guitars and melodic vocals, a well-rehearsed rhythm section. I need something like three songs in this show to realize this ain’t my type of band, yet I can not deny that KEIRA IS YOU are indeed good professionals and deserve more audience and probably bigger venues.

The other 20 people in the club don’t seem to be there by accident. There are people singing lyrics, dancing, as well as a bunch of shoegazing, introverted guys and gals. Just as this kind of music implies! The band also seems slightly absent and self-absorbed.

KEIRA IS YOU have a huge set list, which they perform in series of 3-4 songs, only interrupted by short piano performances, beautiful and atmospheric. Throughout the set associations with Sisters of Mercy and Brian Molko come to mind - in both cases it's a huge compliment!

The Sofia gig is the beginning of a 10 day tour around the Balkans, with a few more dates in Bulgaria as well. KEIRA IS YOU definitely have a quality show to offer if you’re into this kind of music - I can give them that! I am diving into the cold night in aim to reach back to the warm comfort of my own couch.