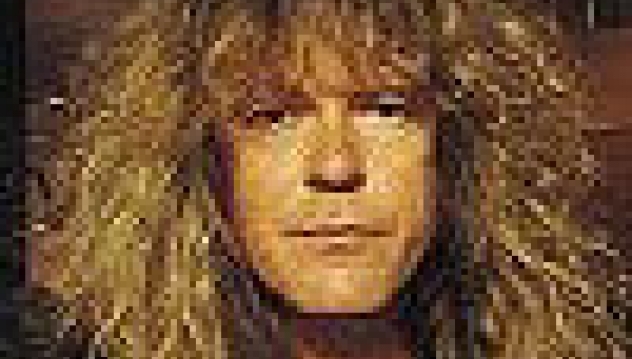 "If people like what we're playing - god bless them! And if they don't like it... God bless them as well!"

Less than two months before one of the most eagerly awaited metal events in Bulgaria - the first ever show by Iron Maiden fronted by Bruce Dickinson in Sofia, at the Locomotive Stadium on June 4, 2007 - we were honoured to talk live on air with one of the six British heavy metal icons. In the conversation with the 50-year-old guitar player Janick Robert Gers (ex-Gillan, Bruce Dickinson, Gogmagog, Fish, White Spirit), Tangra Mega Rock managed to gather information about the upcoming concert and the reasons for the cancellation of Iron Maiden's performance in Sofia in the beginning of the decade, about the problems with Sharon Osbourne, about music and trends, alcohol and jokes...

Vassil Varbanov: Where are you at the moment, Janick?

Janick Gers: I'm in the North-East of England, in a little place called Yarm.

V. V.: You know, we have a Machine Head week here, on Tangra Mega Rock. Have you heard of them and if yes, what do you think about them?

J. G.: Yes, I've heard them. They sound like a good bunch of guys and I wish them luck.

V. V.: Ok, let's now start with the questions sent to us by our listeners. Do you know you're the most hated Iron Maiden member in Bulgaria?

V. V.: No, ha-ha, no! This is because of that Iron Maiden show, which was supposed to happen here in the very beginning of the century, and you had this accident falling off stage and cancelled the date. What exactly happened?

J. G.: Adrian Smith pushed me off. The last thing I remember is seeing Adrian coming to me and his hand outstretched... We were playing quite a big festival hall, but it had a very low ceiling and there were Super Troupers in the back hitting me in the eyes, so I couldn't see quite well and I pulled my foot out, I missed my footing, then I was knocked out and just tumbled off the stage, which was about 15 feet high. I'm very lucky, as I could have been badly damaged. I think we took two weeks out and then I came back. So I'm sorry. I'm sorry I missed that gig.

V. V.: The entire metal nation in Bulgaria is burning to have you live here on June 4. Actually, this is going to be Iron Maiden's second show in Bulgaria - the first one was back in 1995. What do you remember from that gig?

J. G.: Oh, we had so many gigs... We tour 9 months a year, so I can't really remember one of them. I know we give our best on every show, and I know people always expect a lot from us, so hopefully this one has also been a good gig.

V. V.: Thank you for your honest answer!

J. G.: You know, every audience we get with Iron Maiden is a tremendous one, so it's very difficult to pick between them or say, "You're the best!" It's really hard for me to say this or that audience is the best one - all of them are fantastic, although very different. Some are manic, others listen more, so they're never the same. It's really difficult for me to look 10 years back and say what it was like, but I'm sure it was fantastic.

V. V.: We've got a question regarding the Ozzfest thing that happened to Iron Maiden two years ago - you as a British band were opposed to the American bands at the festival... Was it just a media trick or it was really that bad?

J. G.: Actually, we had a fantastic time on that Ozzfest, the reactions from the audience was again tremendous, the reviews were outstanding. Black Sabbath were also fantastic and it was very good to listen to them. It was Sharon who seemed to have a problem with us - she turned the power off and did a few silly things that were not very professional, but that's just the way she is, you know, and we got on with it. Ozzy's crew was very embarrassed about it, but if somebody walks behind the stage and turns all your equipment off, there's not a lot we can do about it. Anyway, that's something that happened in the past and I don't want to think about it. God bless them and may they have a happy life. I don't have a problem with them at all.

V. V.: Let's also talk about this tremendous release of yours, "A Matter of Life and Death" (2006). The reactions worldwide went even above the expectations, and it's really a very, very strong album. When you go into the studio, to what extent do you think about the possible reactions for the album, or you don't care?

J. G.: I don't think about it. What we do is we go in the studio, put some songs together and make an album, and every time we do that we try to do the best album we can. What's going on in the world doesn't really concern us, because we never compromise. We've never jumped on a train because something is happening. For example, when the grunge thing happened, we didn't make a grunge album, and we didn't make a punk album when punk happened, so you've got to do what you feel is right. You just play the music you love and hope that people enjoy it. I don't think we've put a bad album out ever. I'm very proud of everything we've done. You just do what you believe in. Sometimes the circle goes round and you're cool, and then, six months later, you're not cool anymore, that's why it's better to keep on playing what you believe in and if people like it - that's fantastic and god bless them! And if they don't like it... God bless them as well.

V. V.: Who are your favourite three-piece guitar bands, besides Iron Maiden and Lynyrd Skynyrd?

J. G.: You know, when I joined Maiden I came from a band where I was the only guitar player, and I've never really listened to three-piece bands. I listen to bands that I like and I don't care what their set could be. Regarding Iron Maiden - the way we play is very simple and we try to make the band sound bigger with 3 guitars, and I think we succeeded.

V. V.: Do you think the guitar is the most powerful rock'n'roll instrument?

J. G.: Well, I think Nicko McBrain might argue with that and say the drums are, ha-ha! What I think is that by ourselves we're probably not the best guitarists in the world, but the three of us together can outbeat anybody.

V. V.: You're the guy in Iron Maiden - compared to the other band members - who had the chance to play with many different musicians through the years: Fish, Ian Gillan, etc. How would you describe the gap in terms of business between being a member of the band of Fish, for example,В and being a member of Iron Maiden?

J. G.: I was never a member of Fish's band, he just asked me to write some songs with him. Then I was with Ian Gillan, where we had a very democratic band. Back in the beginning of the 80's I was in White Spirit, which was also very democratic... I always wanted to be in a band and that's what I did. I do the same thing now - I'm in a band. Nothing's changed from my point of view.

V. V.: If you, all the Iron Maiden members, sit and start drinking, who's going to be the first and the last one to fall under the table?

J. G.: Oh, I don't know any. I've heard jokes about drummers, but I can't think of any about guitarists...

V. V.: Last question: What do you think about Steve Harris' daughter Lauren Harris' band? Is it any good?

V. V.: Ok, thank you for being with us, and if you want to play a soccer game with our radio station while here in Bulgaria we'll say no, because we're mainly rugby players.