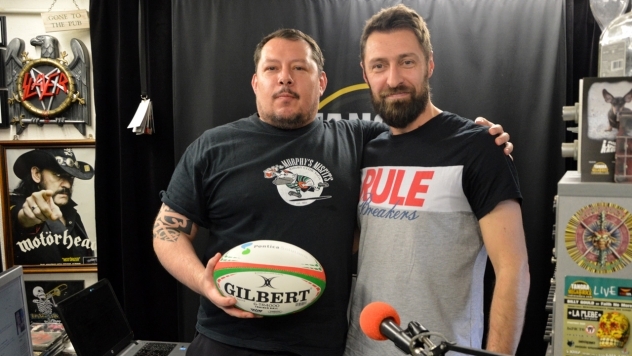 The French RUGBY team made an awful start of this year's SIX NATIONS tournament. It looks like these are time of war withing the French RUGBY world with a huge scandal between Union President Bernard Laporte and now ex-general manager of the National team Guy Noves who was fired  last year.

We have ROMAIN BALMISSE at our studios for an exclusive talk about RUGBY. A Frenchman living in Bulgaria, he's pretty confident that France could even win the forthcaming RWC in Japan this Autumn.

Mr. BALMISSE has been the head coach of the Bulgarian National RUGBY team for almost an year and a half and he shares with us his plan for the two big international games this coming Spring - with Slovakia and Andorra.

We also talk about beer and rock'n'roll....

an interview conducted by Mila Stoyanova and Vassil Varbanov