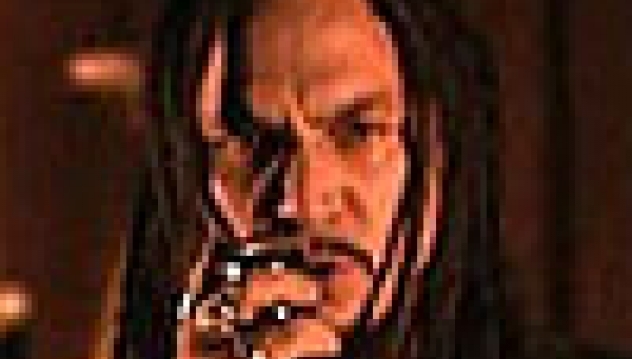 "I feel relaxed, because we did a good job in the studio and I'm really satisfied with "Silent Waters"."

Helsinki's metal leaders Amorphis are about to release their eagerly anticipated eighth full-length studio album, "Silent Waters", on August 31, 2007 via Nuclear Blast - a reason more than enough to get in touch with the Finnish sextet's youngest addition, vocalist Tomi Joutsen.

Vassil Varbanov: Good evening, Tomi! Where are you at the moment?

Tomi Joutsen: I'm at home, in Finland. The sun is still shining, the weather is beautiful and I'm happy.

V. V.: This is the second time we're putting you live on the radio, the first one being straight after your previous album was released (2006's "Eclipse"), which was your debut with Amorphis. Do you feel more relaxed now?

T. J.: Yes, because we did a good job in the studio and I'm really satisfied with the album. So far we've got good feedback from people who've heard our upcoming album.

V. V.: What was your main motivation now? What did you want to achieve with "Silent Waters"?

T. J.: You see, we have such a good spirit within the band at the moment, and we are all motivated and really optimistic for the future of Amorphis. When we recorded "Eclipse", we wanted to do the new album almost immediately afterwards, because we had some of the songs ready and, as I said, we were motivated and wanted to do something instead of just hanging in our homes or doing nothing. I think this was right, because "Silent Waters" is something we're really into at the moment. The future for the band seems really promising.

V. V.: Amorphis will celebrate their 20th anniversary in about two years. Do you plan something special for this occasion?

T. J.: It's too early to say. When Pasi Koskinen left and I replaced him, this was a really big thing for the band, but now we're very happy, because it got clear we're doing good albums and shows together. People accept me well and give me a chance to do my thing... So we're really optimistic and I hope we're going to make many albums with this line-up.

V. V.: You mentioned the shows you're doing. What's Amorphis' live schedule for the summer?

V. V.: Your record label Nuclear Blast chose the title track for the first single off "Silent Waters", but at the same time the people from the company tell me to put another song on the radio, "Towards and Against"... If it was you to choose, which of the new cuts would you play now?

T. J.: I think "Silent Waters" is a good song for a rock station that does not play very heavy music. It's an easy-listening song, that's why we took it as a single, although it doesn't give a good picture of the whole album, so yes, maybe "Towards and Against" is better.

V. V.: Finally, what's happening with your other band, Sinisthra?

T. J.: We're working on new material, but at the moment we don't have a record deal, so we're looking for a label. We have some good songs, but of course I don't have so much time for Sinisthra... However, we're definitely going to make a new album somewhere and somehow in the future.

V. V.: Last question: Who of the other guys in Amorphis is your best friend?

T. J.: I think they all are. It's a cliche answer, but that's the truth. We're like a family at the moment, which is perfect for the band.