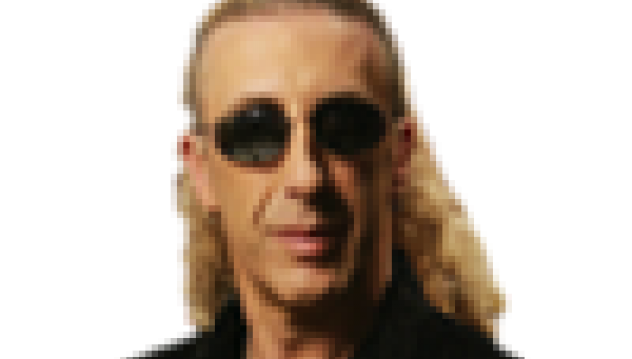 "Ronnie Dio as the originator of the metal horns and the inspiration for them!"

Motivated by what he calls, the 'systematic abuse' of the metal horns, heavy metal icon and front man for the legendary Twisted Sister, Dee Snider has launched a web site dedicated to the reclamation of our iconic heavy metal symbol, www.Takebackthehorns.com. We find this to be a pretty good reason to talk to Mr Snider himself.В

YOUR FIRST SHOW IN BULGARIA WITH TWISTED SISTER WAS TWO YEARS AGO, WHAT DO YOU REMEMBER FROM IT?
Let me tell you, I've been telling people recently that some of my favourite moments in this Twisted Sister reunion we're doing, is playing places and countries we've never played before, because the enthusiasm and excitement is so great and Bulgaria just blew me away with, first of all, the incredible headbangers there, but also every word every song was being sung - it was just amazing.В 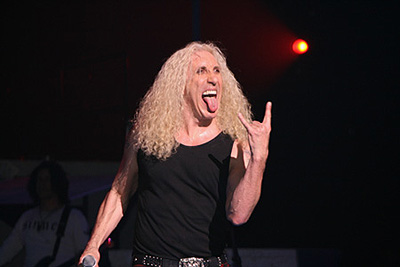 THE REASON FOR THIS INTERVIEW IS OBVIOUSLY TAKEBACKTHEHORNS.COM. WE NOTICED THAT YOU STARTED THE WHOLE THING AT THE END OF THE SUMMER, BUT WHY DID YOU WAIT ABOUT TWO MONTHS BEFORE PROPERLY SPREADING THE WORD? IN FACT WE ONLY GOT THE PRESS RELEASE EMAIL FROM YOUR OFFICE YESTERDAY.
Yeah, well I started this website and I just needed time to make sure it was ready to really bring out to people and raise awareness.

WELL WE CAN SEE THAT YOU, YOURSELF, ARE PRETTY PISSED OFF AT THE INAPPROPRIATE USE OF THE FAMOUS METAL HORNS SIGN. WHAT HAS BEEN THE RESPONSE FROM OTHER METAL FANS SO FAR?
Let me just say that at first I was laughing, because you see these pictures of non-metalheads throwing the horns and they look ridiculous. So at first I started it as almost a joke, writing about it. But then I started to get madder and madder as I saw more and more pictures of all those people who did not have the right to throw the horns throwing the devil horns.

So while takebackthehorns.com is a fun website and there's a lot of humour, 99% of the people are angry about the metal horns thing. So they're having fun with the site, but at the same time realize that something very important to the metal community is being taken from us.

DO YOU THINK THAT DURING THIS CAMPAIGN - WHICH IS ONLY JUST STARTING, BUT WILL PROBABLY GO ON FOR QUITE A WHILE -YOU'LL BE GETTING SOME SILLY PHOTOS, MADE FOR FUN FROMВ  AUTHENTIC METALHEADS FOR THE "METAL OR NOT" SECTION OF THE WEBSITE?
The "Metal or Not" section where people can post photos of people throwing the horns and vote whether it's metal or not, is a fun part of the site. But my hope is that this campaign will become viral and spread all over the world, which with your help it is and it will raise awareness - I mean that people will start to know that they look stupid throwing the horns if they're not a headbanger and they'll think about throwing them, so maybe next time they won't do it.

THERE WAS A VERY FAMOUS PHOTO ON WHICH THE BUSH FAMILY WERE THROWING THE HORNS. HERE IN BULGARIA, THE PAPERS WERE SAYING IT WAS A SIGN FOR SOME KIND OF SECRET TEXAS SOCIETY....I
No. Actually there is a reason for the Bush family throwing the horns. The Bush familt are from Texas and there's an American college football team called the Texas Longhorns and they do throw the horns at games and have been doing so for many many years, as a symbol of the team.

So the Bush family were throwing the Texas longhorns. People sometimes say "oh, I'm throwing the horns". But if you've got your mouth open and your tongue hanging out like Gene Simmons, that's not the "horns", that's the "metal horns" right there. There's a difference.

ONE OF THE FIRST PEOPLE TO THROW THE HORNS WAS RONNIE JAMES DIO. AВ COUPLE OFВ DAYS AGO WE GOT THE BAD NEWS THAT HE'S BEEN ADMITTED TO A HOSPITAL, CANCELLING A NUMBER OF SHOWS. WERE YOU AWARE OF THAT?
No, I did not know that. That is very bad news indeed. What do they say is wrong with him? Did they say?

NO, WE HAVE NO DETAILS AS TO WHY HE'S BEING KEPT THERE. AS YOU KNOW HE LIKES TO KEEP HIS PERSONAL LIFE VERY MUCH PRIVATE.
That's understandable. My website takebackthehorns.com honours Ronnie Dio as the originator of the metal horns and the inspiration for them. He deserves this respect as a father of metal. Now Gene Simmons on the other hand, Gene claims that he invented the horns, I can tell you - I'm old - he did not invent the horns. It was Ronnie, but Gene likes to take credit for everything. He throws them, but he did not invent them.

ACTUALLY I REMEMBER AN OLD PHOTO OF THE BEATLES AND ONE OF THEM WAS THROWING THE HORNS.
There are photos of people throwing the horns throughout history. You have to understand that originally they come from Eastern Europe and Italy. It was a sign to ward off evil. And this is where Ronnie got them.

BECAUSE HE'S ITALIAN.
Yeah, he's Italian, his grandmother used to throw the horns. So you will see pictures, but they weren't defined as the metal horns back then. Now everybody knows these are the metal horns, these are our property.

SO WHAT'S NEXT DEE?
For takebackthehorns.com or for Twisted Sister?

BOTH.
Well, like I said, I'm hoping that takebackthehorns.com will become a viral, international website and raise awareness that we've allowed this to happen, for people to take our symbol.

As for Twisted Sister, we continue to do reunion shows. You may have heard that as of the end of this year we are taking off the costumes and the make up, so we will still be playing, but we will be playing as a rock band, showing people that first and foremost we are a great rock band.

WE'RE JUST PUTTING THE FINISHING TOUCHES TO THE BULGARIAN TRANSLATION OF LEMMY'S AUTOBIOGRAPHY "WHITE LINE FEVER". HE MENTIONS YOU A FEW TIMES, IT'S COMPLIMENTARY, BUT HE DOES CALL YOU SCHNEIDER. SO HOW EXACTLY DOES ONE PRONOUNCE YOUR NAME?
It's very much Snider. It is not a proper noun, it's not a name, it's an adjective, a word to describe me - I am snider than you are.В