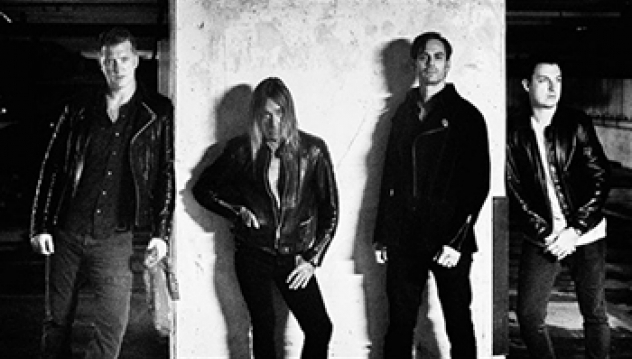 “I'm gonna break into your heart”, promises Iggy Pop in the first two seconds of his seventeenth album 'Post Pop Depression'. 41 minutes later you realize that uncle Iggy does not lie. Back again where he belongs - on stage, in the charts, in the rock'n'roll, Iggy Pop gives us one of his strongest albums in recent times.

Probably the most important clarification is that for 'Post Pop Depression' Iggy Pop is working with Josh Homi. Not only as a guitarist and producer of the album. When they agreed to record together, each of them went there with unfinished ideas for songs, so they both to be able to contribute for them. And their handwriting is evident unmistakably and completely homogeneous.

While Iggy Pop brings this dense musical cinematography from his later releases, Josh Homi adds up with his unmistakable mark and desert-garage sound. And of course, the dark tones are required. So 'Post Pop Depression' is like a soundtrack of neo-noir film with a storyline developing in some small desert towns hiding dark secrets and night affairs.
'Post Pop Deppressoin' sounds absolutely American and reminds of black and shiny vintage car that has gone through a powerful tuning and easily can blow off the road every hotshot modern car. Only that makes it in style. While in the car there are two sleazy guys in suits, biting cigarettes and passing a bottle of Jack, heading towards the setting sun. And the radio okays the songs from the album, of course.
Loaded with strong Americana sound, the songs tell different stories, different projected images gathered together in the whole of 'Post Pop Deppressoin'.

The album seamlessly slides into different moods, skillfully directed by both slippery lizards of the American rock'n'roll. Often you can make an association with Queens of the Stone Age, or the desert surrealism of Nick Cave’s 'Dig, Lazarus, Dig !!!'. But always with that signature and mark that Iggy Pop gives his songs for more than 45 years. And some (hopefully) distant day when Iggy is gone, the world then will sink in true post-Pop depression.
Source: RadioTangra.com
Tweet
Previous news: MONY PANCHEV's ROCKENROLL radio show is today - kicks off at 4 pm
Next news: ALBUM REVIEW - IGGY POP - 'Post Pop Depression'