MY CHEMICAL ROMANCE Releases 'The Foundations Of Decay' 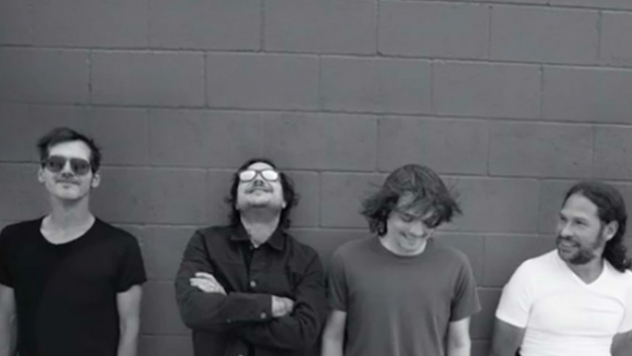 MY CHEMICAL ROMANCE has surprise-released a new song called "The Foundations Of Decay".

The band's first new music since 2014 was made available ahead of it's U.K. tour later this month.

MY CHEMICAL ROMANCE broke up in 2013, three years after the release of its fourth studio album, "Danger Days: The True Lives Of The Fabulous Killjoys". A new song titled "Fake Your Death" arrived in 2014 as part of a greatest-hits compilation, "May Death Never Stop You".

Since then, Way released his debut solo album, 2014's "Hesitant Alien", and several standalone singles. He also saw his award-winning comic book "The Umbrella Academy" adapted into a Netflix series.
Way's bandmates also pursued various solo projects. Guitarist Frank Iero released a pair of solo albums, and bassist Mikey Way formed a group called ELECTRIC CENTURY. Guitarist Ray Toro briefly toured with a project called REGGIE AND THE FULL EFFECT, and released a solo recording in tribute to a transgender teen who committed suicide.
Reunion rumors first arose in 2016, when the group posted a cryptic video on social media. It turned out to be for a 10th anniversary reissue of the band's 2006 album "The Black Parade". The band stated at the time, "We are not touring and there is no reunion planned."
MY CHEMICAL ROMANCE played its first concert in seven years in December 2019 in Los Angeles.
Photo by Devin Sarno
Source: blabbermouth.net
Tweet
Previous news: FIVE FINGER DEATH PUNCH launch gnarly new single IOU, confirm album details
Next news: SOFIA DRUM FEST set to happen this SUNDAY at SOFIA GRINDHOUSE